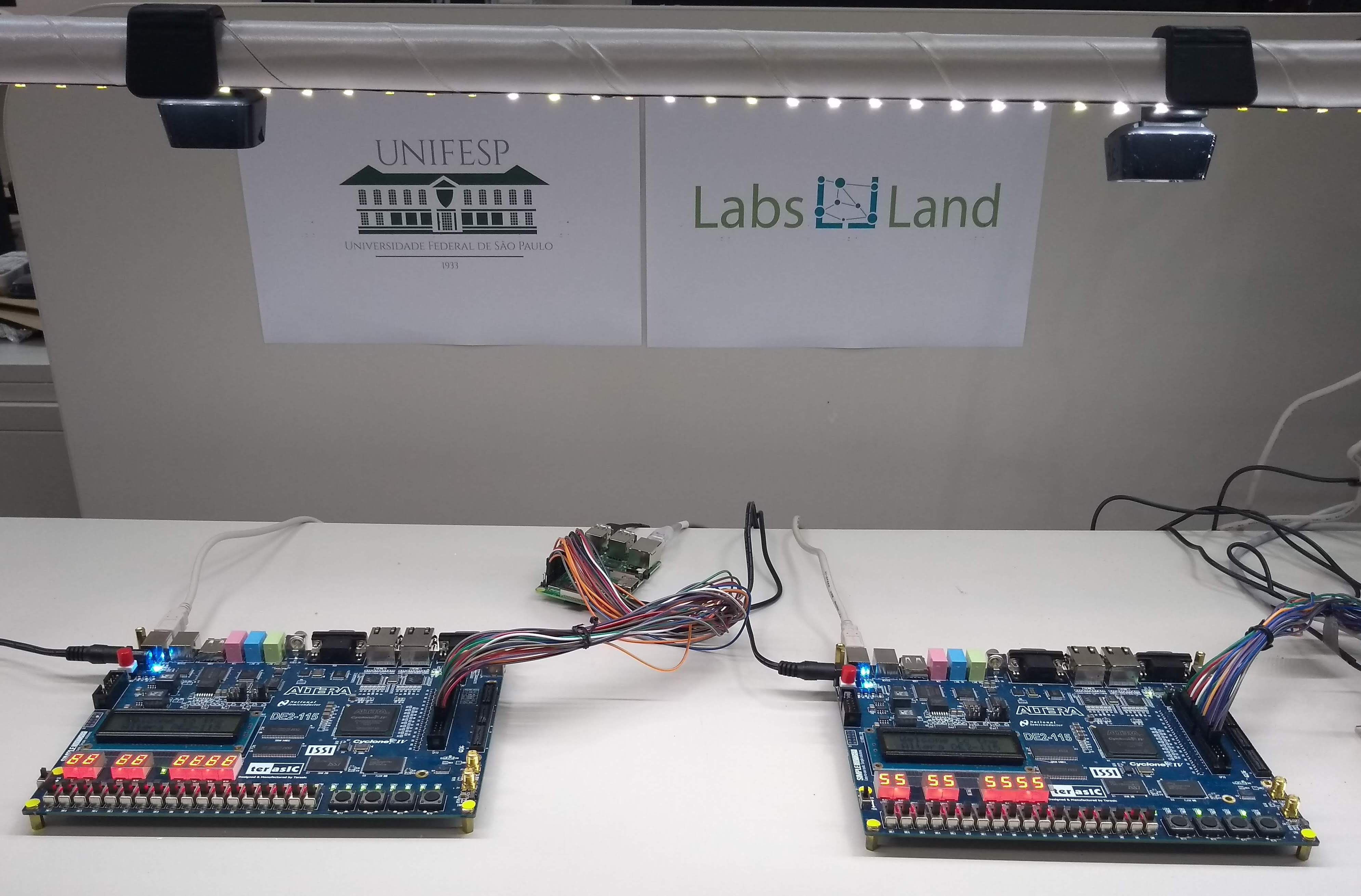 The LabsLand FPGA laboratories are physically deployed across many universities. Those often host several instances of the same FPGA boards. Or even different ones. An instance is, essentially, a copy of the laboratory. Through this distributed scheme LabsLand can scale to a high number of simultaneous students. Also, it can offer a reliable service, because LabsLand technology can automatically detect many failures on the hardware. When such a failure is detected, LabsLand automatically removes the instance until it works again. That way, students only access instances that work.

This page describes the specific deployment the instances that are located in UNIFESP. Ana Lucia Beraldo led the deployment effort at her university, with LabsLand’s technology and support.

This particular deployment of the FPGA remote laboratory is located at the Federal University of São Paulo (UNIFESP). This public university, located in the state of São Paulo, was established in 1933. It is considered one of the most prestigious in the country. Currently, it has 6 campuses and offers a large number of different degrees.

The remote laboratory is located in the Institute of Science and Technology which is in the São José dos Campos campus.

The FPGA lab instances at UNIFESP

The LabsLand FPGA laboratories offer many different specific FPGA boards. Those include Intel Altera-based boards such as the DE1-SoC development kit or the Altera DE2-115.

At the moment, the FPGA deployment at UNIFESP includes two DE2-115 boards, though different boards may be added soon.

Deployment of remote Arduino and Robotics laboratories at the State Distance University (UNED) in Costa Rica.