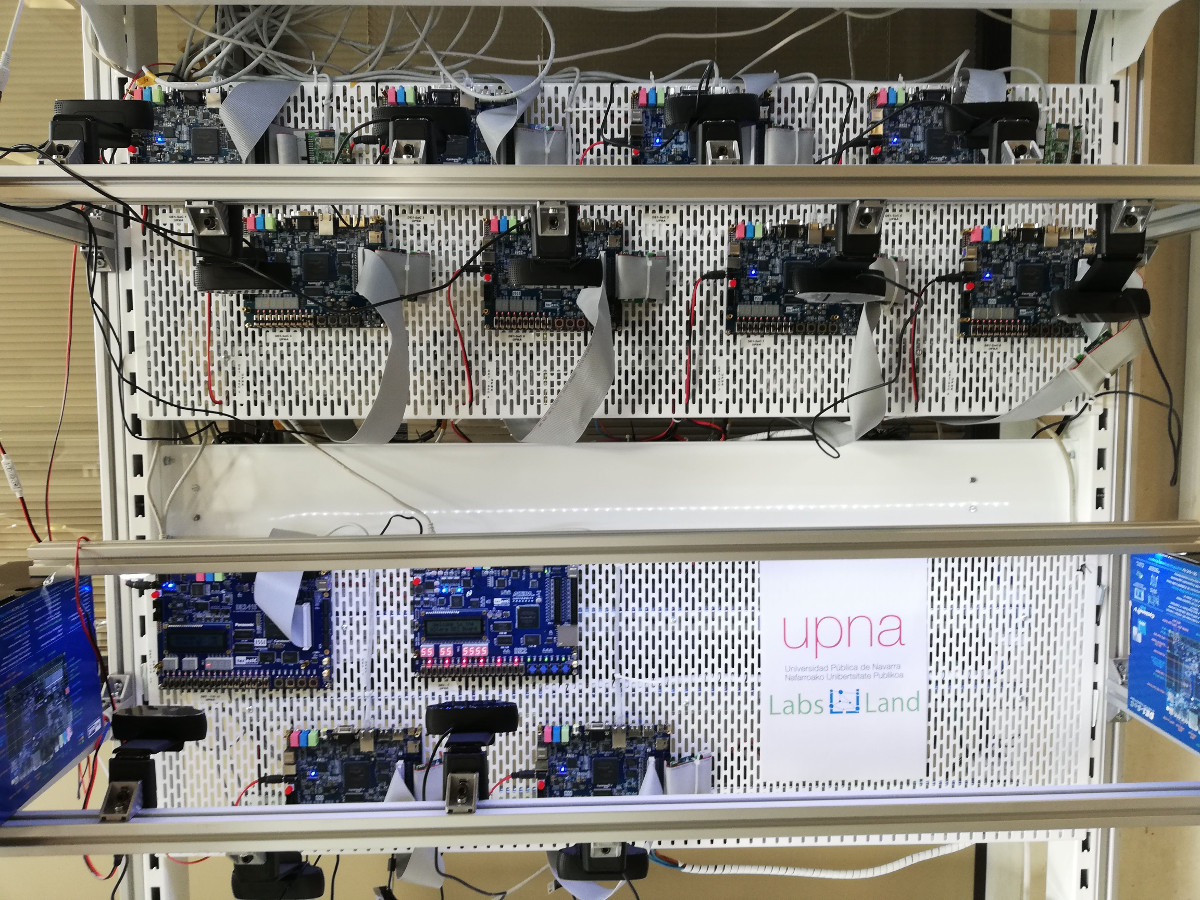 Today, Digital Electronics is an important part of virtually any engineering degree. Among the different contents that students learn are those related to programmable logic devices.

FPGAs are one of the most frequent and useful types of programmable logic devices. Formed internally (at least conceptually) by a grid of logical gates, they can be configured using hardware description languages (HDLs). They are thus extremely versatile, and at the same time extremely fast.

Without an educational FPGA board, there are few options to really test or emulate the language. There are simulators, but in general they provide a very different and much more limited experience than real devices.

LabsLand, together with UPNA (Public University of Navarra) and UNIFESP (Federal University of São Paulo) is carrying out a pilot project. Its goal is to enhance and facilitate the learning of these technologies through remote laboratories.

Using technology developed by LabsLand, UPNA and UNIFESP have deployed a set of remotized educational FPGA boards in their respective facilities.

UPNA and UNIFESP students enter through the LabsLand web platform to an online IDE. It supports VHDL and Verilog. In that environment, they can design a programmable logic system, just as they would in a traditional “offline” environment. But once it is designed, they can also synthesize that logic, and test it in a real FPGA device.

The LabsLand system will automatically direct the student to one of the FPGAs in the network. Students will be able to see their board programmed with their logic, through a real-time webcam. They can even interact with the board by pressing switches and virtual buttons.

In this way, students can not only access FPGAs much more easily (through a website, without having to deploy wires or move to laboratory rooms). They can do it from their standard classroom, or from their homes. And they need a much smaller number of FPGA boards, because the universities that participate in the network share them. An UPNA student indistinctly accesses a board from UPNA or from UNIFESP.

The first pilot of the system is already underway. 80 UPNA students take part on it. And the next course will have many more!

Understanding Gravity in the Classroom: The LabsLand Free Fall Laboratory