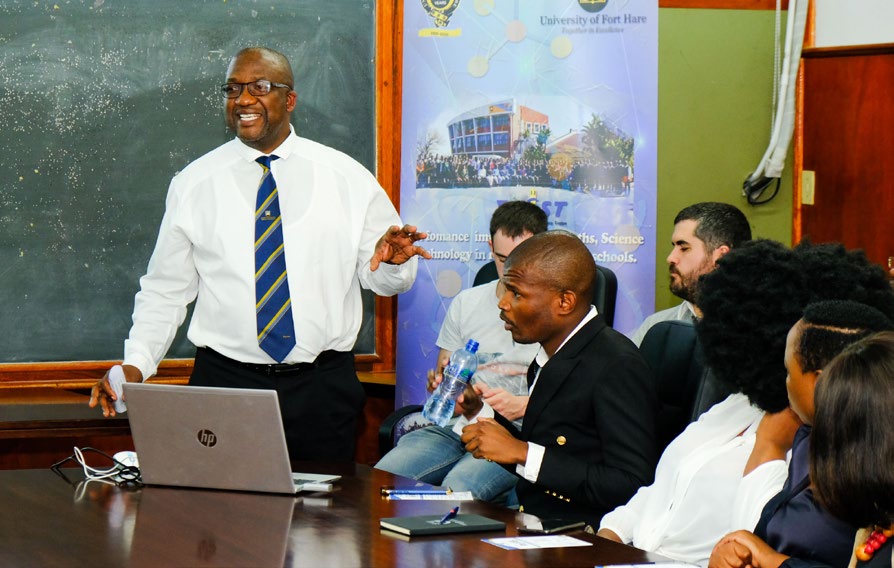 On October 31st, 2019, the University of Fort Hare (UFH) and LabsLand announced a partnership that includes the deployment of LabsLand remote laboratories at UFH. This is an important milestone as it represents the first set of remote laboratories (Arduino Robot and Arduino Board) deployed in a South African university that is accessible to schools and universities worldwide through the LabsLand network.

Additionally, the partnership includes access to all the laboratories of the LabsLand network to different rural high schools in the region of UFH in South Africa.

The director of FOSST (Forté School of Science and Technology), Phumezo Kwinana, presented the milestone in front of an audience comprised of national sponsors and LabsLand staff that traveled for the deployment (Pablo Orduña and Aitor Villar).

Pablo Orduña is the CEO and co-founder of LabsLand